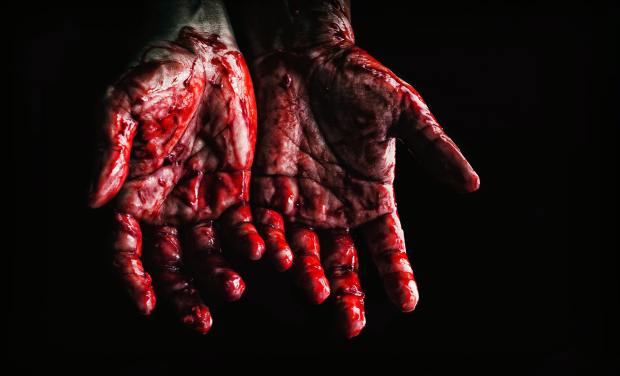 Memo to gun rights enthusiasts: We’re not living in the land of the Walking Dead. We’re not trying to survive the Zombie Apocalypse.

If a house is broken into, it’s probably not a gang of crazies looking to kill and eat an entire family. It’s more likely a desperate schmuck looking for cash or something to hock. A decent home security system can provide the deterrence and protection you need in most cases. But if a criminal persists, I suspect a 12-gauge shotgun or a handgun is sufficient protection.

Do people really “need” their AR-15? Of course, they don’t. Any citizen who argues they “need” an AR-15 is full of shit. But here’s the thing – they LOVE their AR-15. They enjoy firing it, and more to the point, they enjoy the feeling they get when they fire it. They get pumped like John Rambo on crack when they fire their AR-15. The sensation of a round exploding through the barrel, the synaptic crackle and pop, the release of endorphins, the sense of control, the validation of masculinity, and the empowering dissipation of weakness and insecurity, all in one-fell-swoop. Why would any law-abiding citizen give up all that pleasure?

Listen, I get the tired argument that guns and ammunition are “inanimate objects,” in-and-of-themselves, not dangerous. But if we know that one inanimate object is being used consistently in mass shootings and that banning the sale of that object would not cause harm to society, why the hesitation?

The NRA continues to use fear (nothing loosens purse strings like fear), patriotism, and (appallingly) God, to peddle guns and pad the bottom line of gun manufacturers.

The gun lobby fills the coffers of senators and congressmen to push the false message that the AR-15 makes citizens safer and that it’s a valuable insurance policy against tyranny. And let’s face it, ideologically ensconced, fact-challenged Americans don’t need a lot of convincing from the NRA.

Combine NRA efforts with an American mentality of wanting what we want, when we want it (also known as the big “FUCK YOU, I LOVE MY GUNS!”) – and we have what we have today.

Will banning the AR-15 and similar weapons end mass shootings? Unfortunately, no. The mass shooting issue is complicated and multifaceted. We need to do more than regulate weapons to prevent these tragedies from occurring. But banning these weapons will mean less carnage and fewer casualties per shooting. I know that’s not much, but in my opinion, it’s a baby step in the right direction.