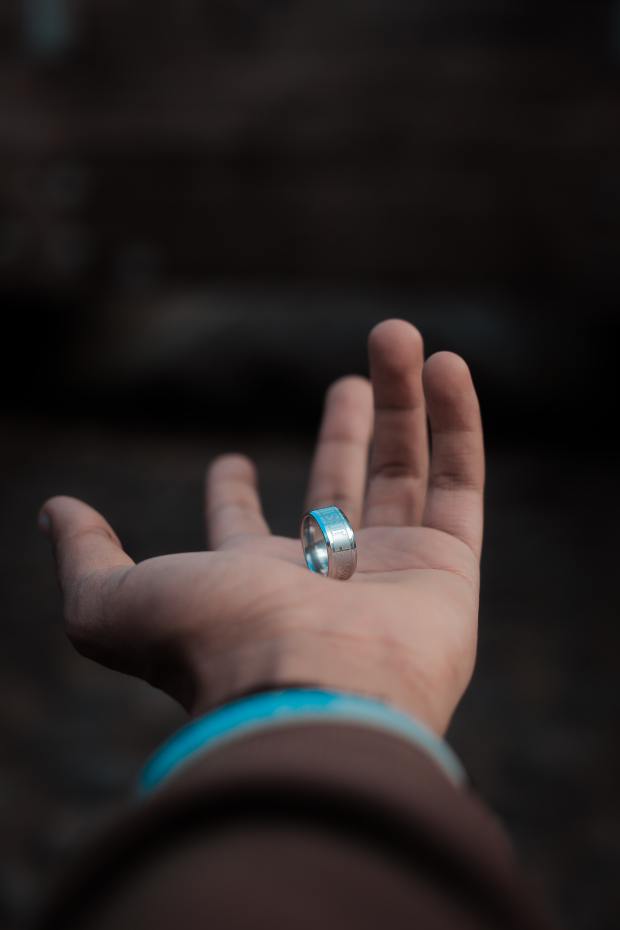 The first request was for a small pair of sterling silver studs. After my wife and I discussed it, she took him to Providence Place mall – he picked out a pair that had a brushed metal look. They pierced the lobe and put them in.

Honestly, they were so small they were barely noticeable.

Three weeks later, on a Saturday afternoon came the second request. It went something like this:

“Dad, can I get a new pair of earrings?”

“What’s wrong with the ones that you have?

“Nothing. I just want another pair.”

OK, I guess. Nothing too drastic, OK?

“Thanks, Dad. Can I borrow a few bucks?”

And then off he went – this time on his own – to a small smoke shop on Broadway.

About an hour later, he walked through the door, sporting a pair of silver hoops and a pleased look on his face. Still understated but definitely more noticeable than the silver studs.

At the time of this writing, there have been no requests for additional piercings, but I can say with a high degree of confidence that he wants more. I know this because he spoke so spiritedly about the ear-wear and one design specifically. I listened as Jake described an elaborate gauge earring that burrowed through the soft tissue of the lobe, hugged the back of the ear, shiny, scaly, and serpentine-like before punching its way through the cartilage of the upper ear. “It was pretty cool” – “Ah-ha,” I said, one eye on him, the other over his shoulder where I saw his mom, lips pursed, head shaking sharp and short left to right.

The earring thing is a relatively new development with our 17-year-old. Until recently, the only time the subject of earrings came up was in hushed tones around the kitchen table about what to get mom for mother’s day or her birthday or for Christmas. I remember the proud smiles he and his younger brother would share when mom opened her lovely froggy or dragonfly or starfish earrings.

Those were simpler times when earrings were just jewelry. Now I’m forced to think about earrings through the dark and edgy prism of teenage self-discovery.

I’m not too worried about this latest development, to be perfectly truthful. I see it as a relatively common and benign step towards self-expression – It’s all good, in my view.

My wife, on the other hand, is a little more hesitant. She worries about the potential snowball effect – might ear piercing be a gateway to nipple rings and a torso of tattoos? Might we wake up one morning to a Dennis Rodman situation across our kitchen table? Although I doubt this will happen, we have an obligation to our son to put some healthy boundaries in place – mainly because teenagers can’t see life beyond the front door.

I don’t want my son setting off metal detectors at the airport or having to explain to an angry and hard-of-hearing beachcomber why his MineLab Excalibur II keeps beeping whenever he approaches Jake’s blanket.

So, a few guidelines:

I suppose that’s it for now, Jake.

Please keep these guidelines in mind next time you venture out. By the way, I like the hoops – they suit you. 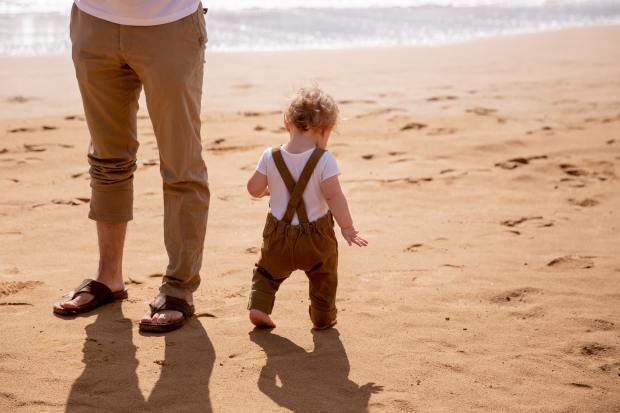 It was cool outside, a noticeable contrast from earlier in the day, when the weather was summer-like, hot and humid; one of those days when you actually feel the weight of the heat pressing down on you.

I spent most of my day at Brown Stadium in Providence, trying (unsuccessfully) to escape the sun while watching my oldest boy compete in the RI track and field state championships.

He had high hopes going into yesterday’s event, but ended up not performing to his own high standards.

He jumped 40 feet in the triple jump, just one half inch short of making the finals.  He leaned back just as he landed on his final attempt, instinctively putting his hand down, which is where the scorer is required to mark the jump.

After the meet I could see the disappointment in his eyes – I could feel it in my heart; a weighty and palpable sorrow.

I told him how proud I was of him and that he had a lot of good things to build on for next year.  And though no truer words have ever been spoken, the actual act of speaking them felt somewhat forced, as if the words themselves had been shoved out of my mouth by a reflex for parental decorum. And no sooner had the final syllable left my lips did I find myself wondering what effect, if any, a father’s words have on his 17 year old son – no matter how pure and heartfelt the sentiment.

At 17 my son is clearly working through his own shit. I can see it on a daily basis. And my second go-around at 17 (I will call it P17 for Parent of a 17 year old) has been almost as challenging as my first go-around (when I was actually being 17).

As a P17 there is an almost constant “contents-under pressure” need  to impart wisdom – like I am itching to step up to the plate, to be the rudder, the sail and the beacon of light all at the same time.

The P17 phase of parenting is kind of like the Olympics – it’s the triple sow cow moment with all the high stakes (your child’s future) hanging in the balance. Sure it’s stressful, but you feel pretty confident that you can nail it. You feel more than ready to dispense advice that will shed the light, ease the burdens, clear the paths and lighten the load.

But here’s the rub. That 17 year old, the one you think stands to gain the most from your knowledge, experience and wisdom, that person who you love so much it hurts, seems (quite recently so) to barely be able to stomach the sight or sound of you.  And if ever a moment existed where we actually feel “deflation” as a human emotion, it is when we as parents come to realize this.

Sharing a kind thought or dispensing advice to someone who does not even want to hear the sound of your voice is emotionally draining. I suspect this is why that moment after the track meet felt so forced and unnatural. My son hardly ever rebuffs me in a disrespectful manner (he is too good a kid to do this); – it’s more like he is tolerating me.

The parenting paradigm shifts at 17.

In general, with regard to experience, we rely on what has worked for us in the past to formulate strategies for the present. Like everything else, memories of our parenting successes are stored and hardwired in our brains.

To assume this will yield the same positive results is to assume that your 17 year old son’s brain has not evolved – that it remains in the “accept input and act on input” mode. But this is not the case at all, because that brain in your seventeen year olds skull is no longer just accepting input and applying it. Nope, that brain is trying to work a lot of shit out on its own.  In fact that 17 year old brain is busy mapping its own morality, using as input not only all that you have fed  it, but  an un-ending amount of experiences from a world that more often than not,  appears unjust and uncaring. That brain is trying to reconcile a lot of inconsistencies.  A lot of them.

Sometimes I find myself practicing what to say to my 17 year old son – rehearsing and choosing my words carefully – in hopes that this will increase the likelihood of him at least contemplating my words.  It’s like all of a sudden my son’s brain has morphed into the star wars defense system and my words are missiles to be shot down.  I am not sure when this parent child relationship turned into the cold war – but I remain hopeful that all the effort we as parents put in early-on also get stored into memory. And none of this will deter me from dispensing advice.

I was sitting on the couch – my son across the room with his smart phone in hand – head tilted downward.

Without lifting his head he flatly stated that there is a 95 percent chance that the human race will be extinct in 9000 years. I immediately thought this was an opening argument for why my wife and I should spring for his school field trip to France. But not a single syllable followed. Apparently he just wanted to share a little sunshine.